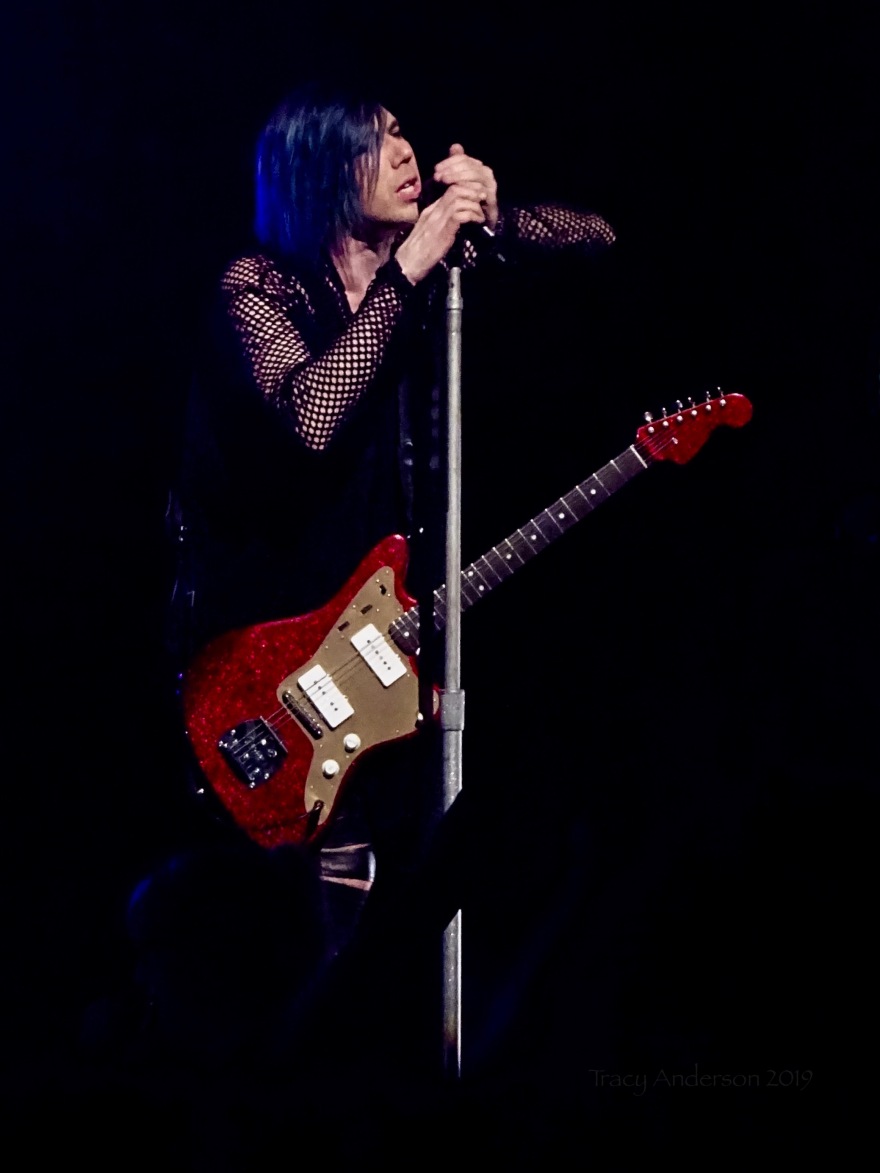 I was sort of hoping that the Northern Alberta Jubilee Auditorium in Edmonton was haunted… It’s not.  At least the Google search I just did brought no ghost stories to light… It would have been perfect, had it have been haunted, for the splendidly Poe-esque Marianas Trench concert that just took place on March 26, 2019. 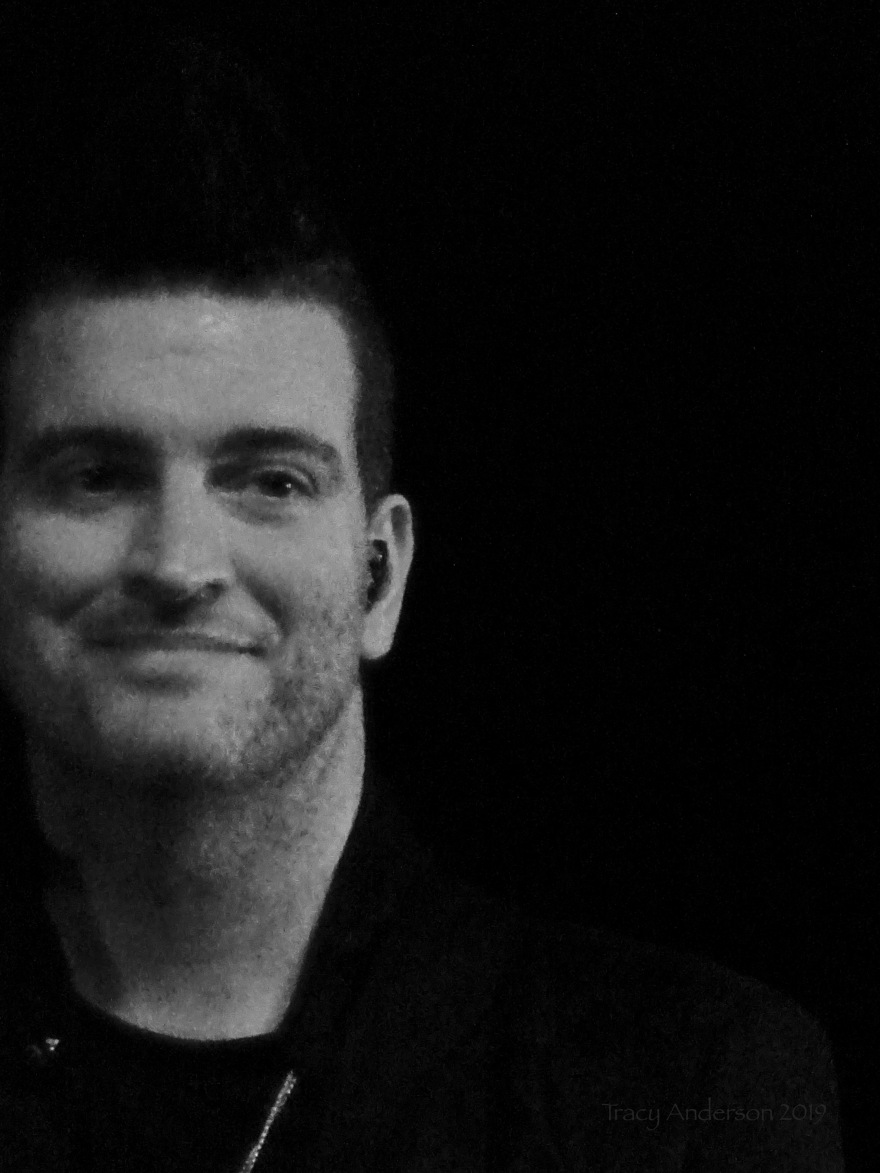 We already know that I am a fan of this band’s music, new album, and live shows.  I’m also a fan of the supernatural (tv show and the subject matter) and this gothic, haunting, masquerade ball of a show was a sublime combination of all these loves, in the very intimate (but not haunted) Jubilee.

Though it sounded like a bit of a rocky beginning to the show (a few troublesome notes, but then again that could’ve been the girl scream-singing excitedly next to me :P), Marianas Trench gave a gorgeous performance that focussed on their stunning new album, Phantoms.

Like the album, the show was interlaced by imagery inspired by Edgar Allan Poe and his romantic look at the macabre (or the macabre look at romance?).  The lyrics sung dripping preternaturally with images of ghosts, phantoms, hauntings.  The visual portrayal of this theme shone darkly through a series of beautifully spooky black and white video recitations of Poe-esque poetry (Poe-etry,  ah hah hah…), bits of goth-romantic attire, and the billows of smoke cascading across the stage, to name a few. 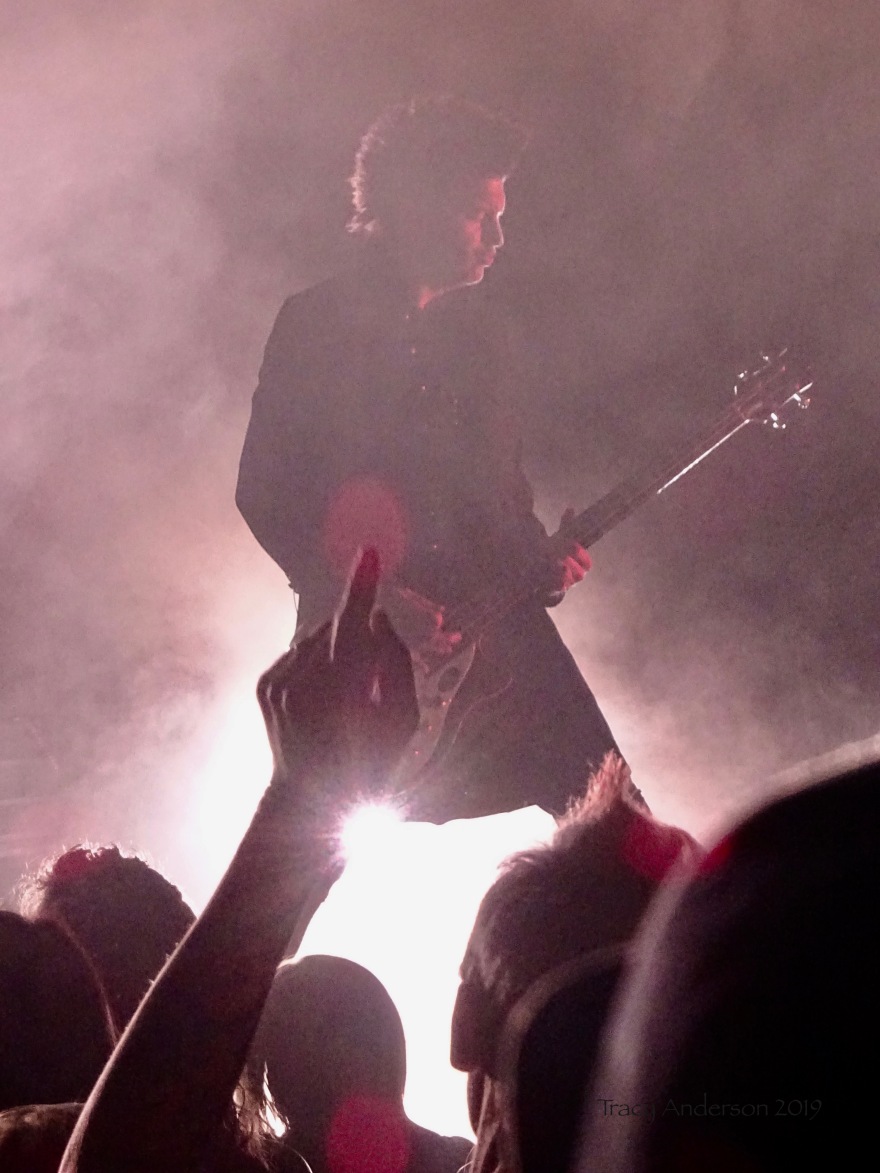 Indeed, once the lights went down, the show opened with imagery of haunting woods and such while Josh Ramsay (I assume) read, in a perfectly, ghoulishly, tormented voice, the poem found in the album liner notes. As the video neared its end, the band walked out on stage, Josh in a very cool goth-y black lace eye mask a la a masquerade, and jumped into those brilliant harmonies of Eleonora.  This band excels at the thematic, theatric, and I love them for it!

Eleonora was followed by Only The Lonely Survive and Echoes of You, all three songs from the new album, and in fact the first three, in that order.  They broke the string of new with my still all-time favourite MT song, Stutter.  I typically choose the slower ballads from my rock gods as favourites (what can I say, I’m a bit of a romantic…) but this song is just so get up and move, so fun and delicious that it has yet to be toppled! (Serendipitously, this song just started playing on my Spotify as I write this! :D) 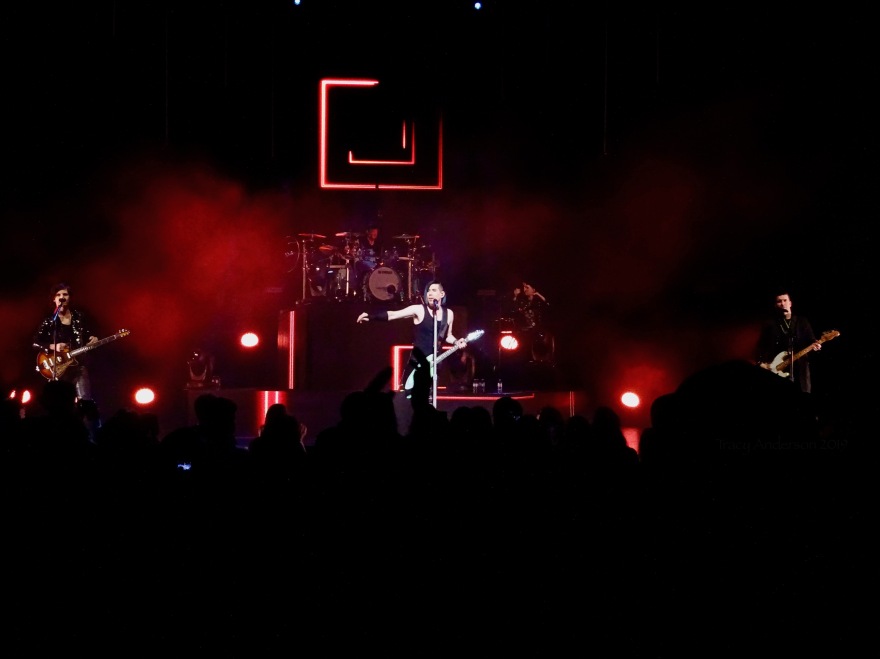 Next up was the tongue in cheek lessons of pop music industry – Here’s To All the Zeros –  and how to write pop songs – Pop 101.  Josh hopped off the stage and wandered through the crowd during Pop 101 and the next song, Haven’t Had Enough.  He did this at the Edmonton Expo show as well and I love it!  I adore when artists break that barrier between them and us.  It’s just so cool and means so much to the fans to have that interaction.

Back on the stage for Rhythm of Your Heart and then one of three songs from Phantoms, that come close to expelling Stutter as my fav – Glimmer.  I think this was the song where Josh had us bring out our phones to turn the theatre into one big glimmering mood lighting. It’s effective – the tiny lights from the phone flashlights lit that room up like the houselights were on. 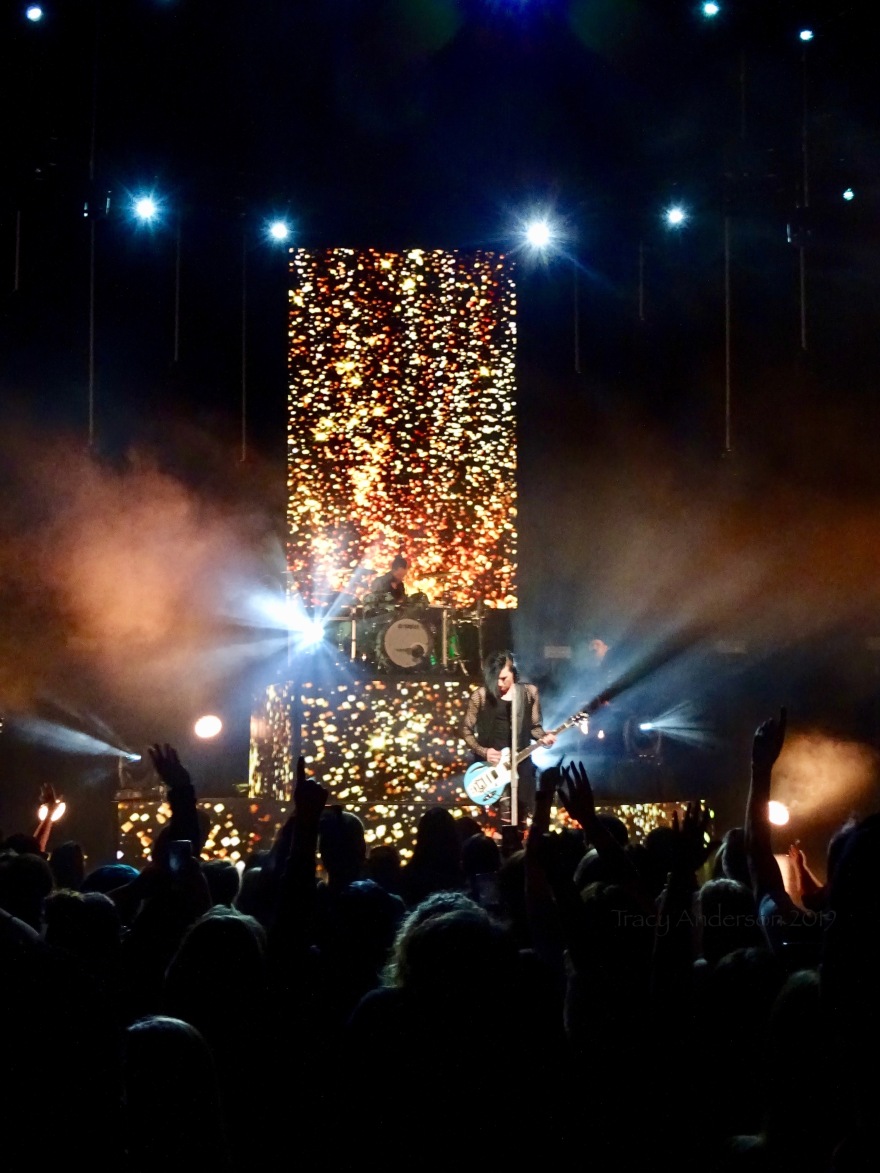 Somewhere around this point Josh mentioned that they had this new album and thought we must have known about it considering how much we were singing along to the new songs, even though it’s only been out for less than a month.  He seemed genuinely overwhelmed by the response – the fact that enough of us have listened to the album so much that we know the words off by heart, and the response of the crowd itself.

And the crowd was phenomenal.  We raised the roof for sure.  It was loud! A passionate boisterous tidal wave of appreciation, and in some cases outright devotion, for this band.  I have come to the conclusion that Edmontonians love love love live music, because of all the shows I’ve gone to around the world, the crowds here are almost consistently the best ever outpouring of energy and enjoyment I’ve experienced, this one included.  The decibels of the screaming and applause were insane!

This was the audience that I hope for at every rock show – high transcendent energy that takes away all thoughts except the performance in front of you and the mutual joy around you and a crowd that is moved so thoroughly by the music and the moment that the whole crowd is on their feet throughout the night.  (It’s those drums, that beat!)

I was wondering if this might not happen, as the Jube has amazingly comfortable seats in the house and in my experience, theatres, especially those with comfy seating, have a tangible atmosphere of quiet, demure, non-rowdy behaviour even during rock shows… The ballet plays here, opera and golf claps play here, you must stay seated and well-behaved!

Not the case for Marianas Trench in the Jube and not for us Trenchers – the moment the lights went down and that video poem started, we were on our feet and stayed there, bouncing, yelling, rebelling, loving! Even during the slow songs. 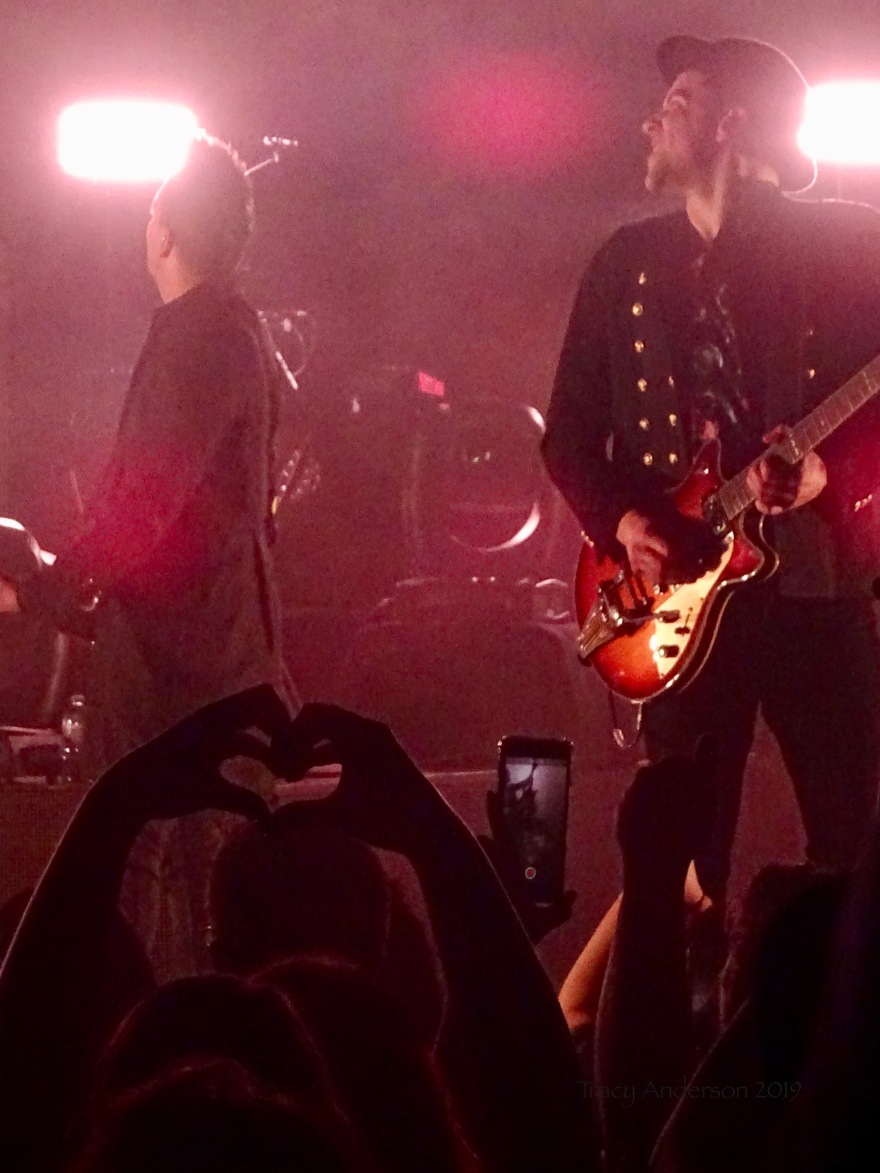 Next up were I Knew You When, All to Myself, and the second of the three songs that battle for the position of my fav MT song, Don’t Miss Me (the third competitor, The Death of Me, was not played, but funnily is playing now – yes, I am listening to my MT playlist, but its like these songs are haunting me as I blog about them!)

Cross My Heart / Celebrity Status, Desperate Measures, and Fallout closed the main set and you can see from these songs why we didn’t even think of sitting!  How do you sit to these beats!  These are intense drums, people!  And the band left the stage to intense cheers, a thundering of applause.

Josh came out by himself for the first song of the encore, One Love, and he was stellar.  The emotion he gave in this song, I’m pretty sure that’s a tear in these photos, which by the way are my favourites of the night (it was impossible to choose just one as I can’t get over the emotion in each of them, so here are many :)), and very high up amongst my favourite of all I’ve taken. 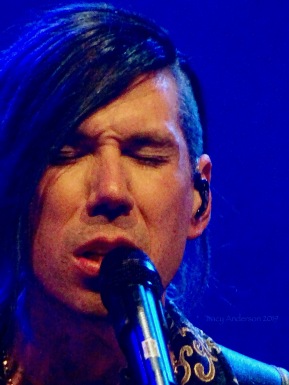 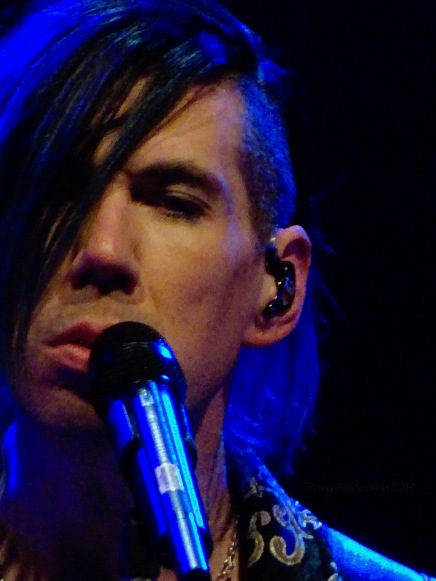 The rest of the band joined Josh for Who Do You Love and closed the night with the closing song of Phantoms, the brilliant The Killing Kind. A perfect closure to this perfect hauntingly beautiful night. 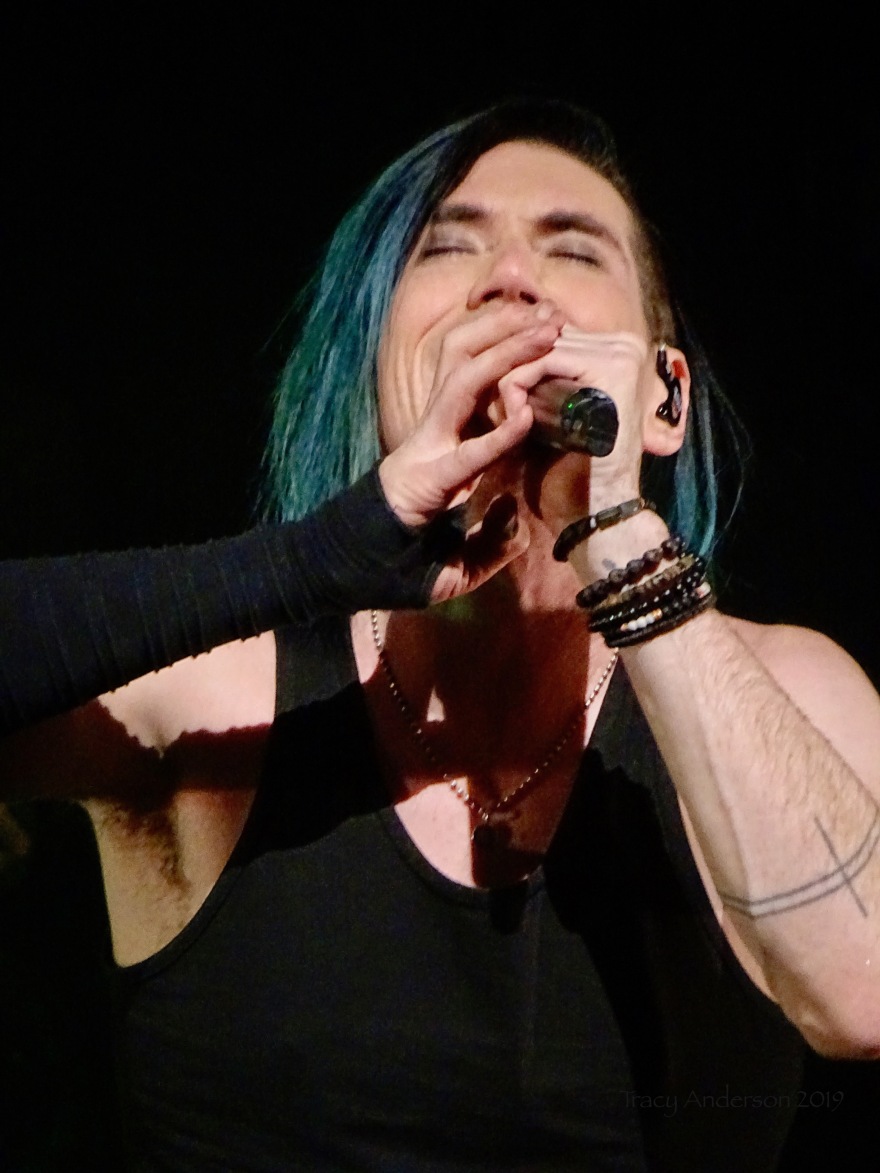 If there weren’t ghosts at the Jubilee before this night, there are now because I’m pretty sure we all left a little bit of our hearts and souls that night!

For more photos, check out my Gallery here.