Our Lady Peace: Get up off your seats – It’s a Rock Show! 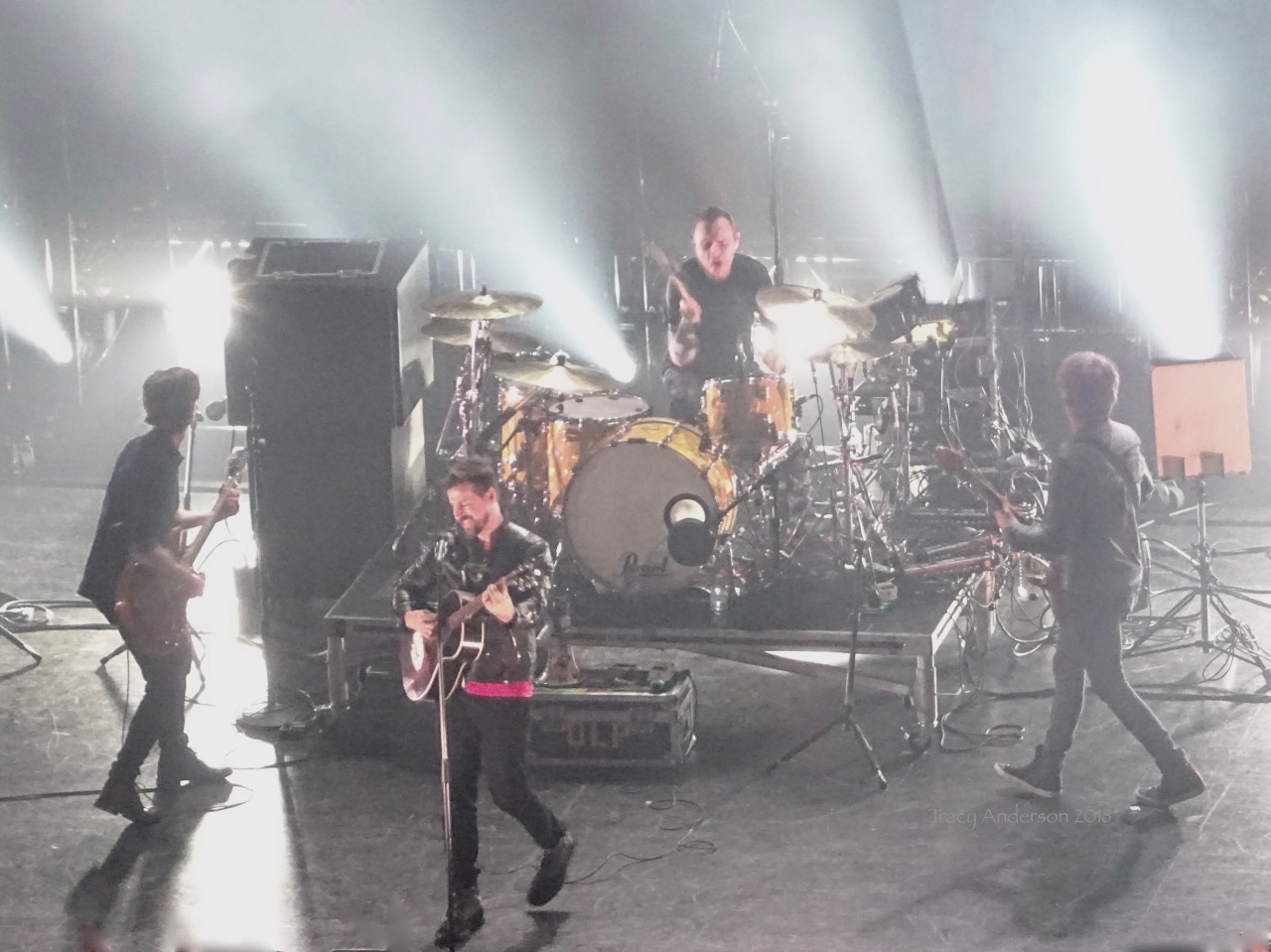 Ok – So the Matthew Good / Our Lady Peace concert started out a little rough…  Well actually, it started out really good – I thoroughly enjoyed the opening act Ellevator….  It was the middle of the night that went so horribly wrong…

And then Our Lady Peace came on and the night got really magical…. 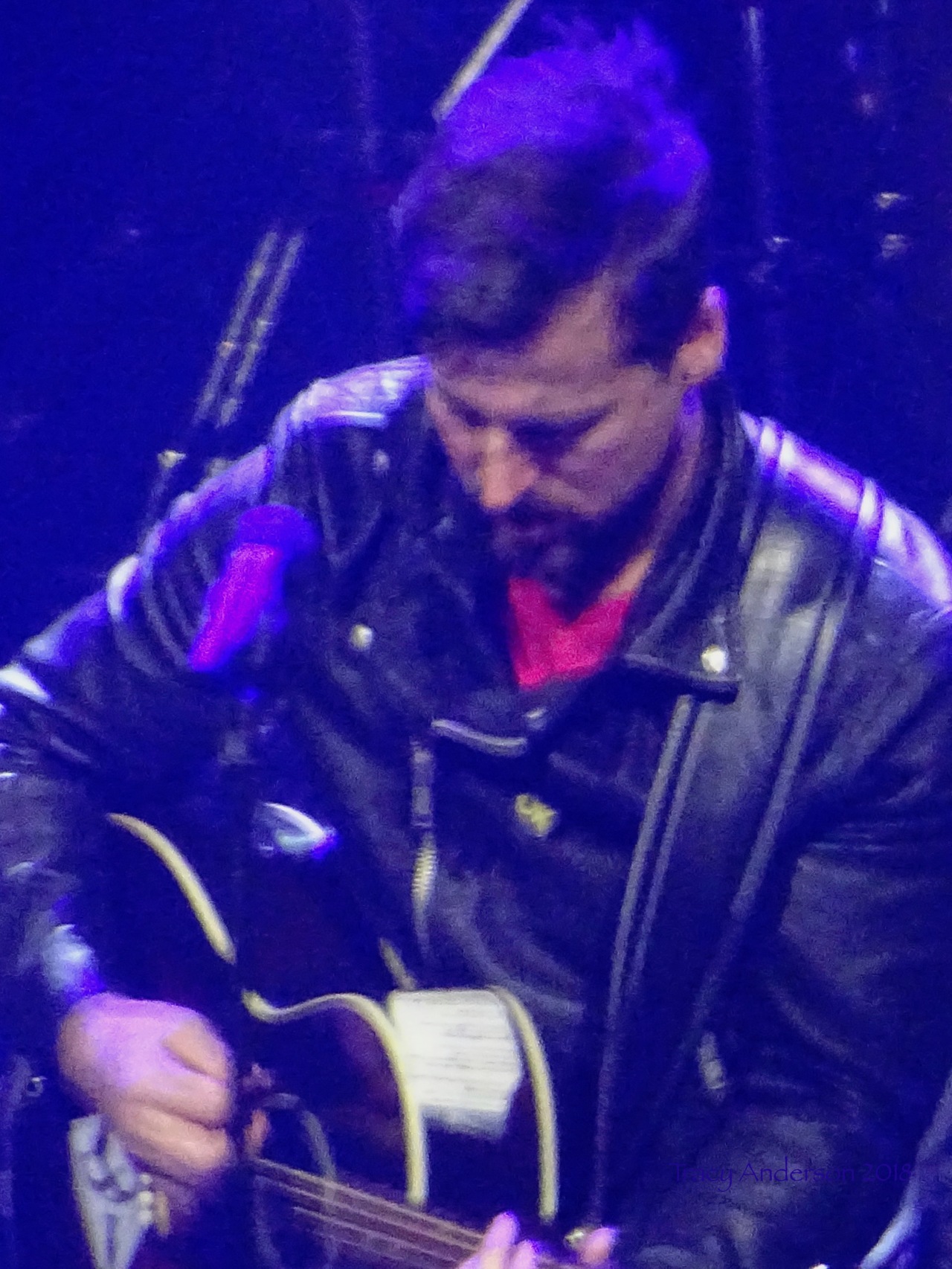 It’s a grainy, blurry photo, but I kinda like it 😀 – Raine Maida Guitar Our Lady Peace Edmonton Mar 27 2018

I suspect it might have been a bit of the trauma of Matthew’s collapse that ended up bringing out the best and wildness of this audience.  I mean we were in great spirits and full of energy for Matthew as well but after watching him go down, wondering if he was ok, wondering what was going to happen, we were deeply appreciative of Our Lady Peace for carrying on with their set.

Deeply appreciative to have the updates from Raine about how Matthew was (he was texting with Matthew and or Matthew’s manager a couple of times through the night – he even had the whole crowd shout out “Hi Matthew” into his phone early in the night.)

In fact, that shout out, if I remember correctly, took place midway through Our Lady Peace’s second song – Superman’s Dead (Oh man, I looooove that song!)  Raine stopped the song just before the “Alone, alone, alone, alone, alone, alone, alone I’m thinking” ending and said how strange it felt for them to be doing the show after what happened and he asked us to bear with him, checked his phone, updated us and then had us yell the greeting – I’m assuming to send it to Matthew.

It was very sweet, and acted as a calling for all our energy and emotion.  He also asked us to stand up  – I think this was just after that message, we all did for the ending of the song, singing at the tops of our voices.  And then people started to sit back down.

This, I think, is one of the curses of rock concerts in theatre auditoriums, the atmosphere of grace, quiet, luxury – velvet and gold makes the audience feel like they have to behave like they would at the ballet or opera.  We sit quietly during the performance, clapping only at the end of the song (other than the random howl of those brave enough to shout out in the quiet of the audience).

Raine noticed, said something along the lines of “And now you’re all sitting again!  Get up – this is a rock show!”  And with that permission we did!  And the majority of us stayed on our feet for the rest of the night. 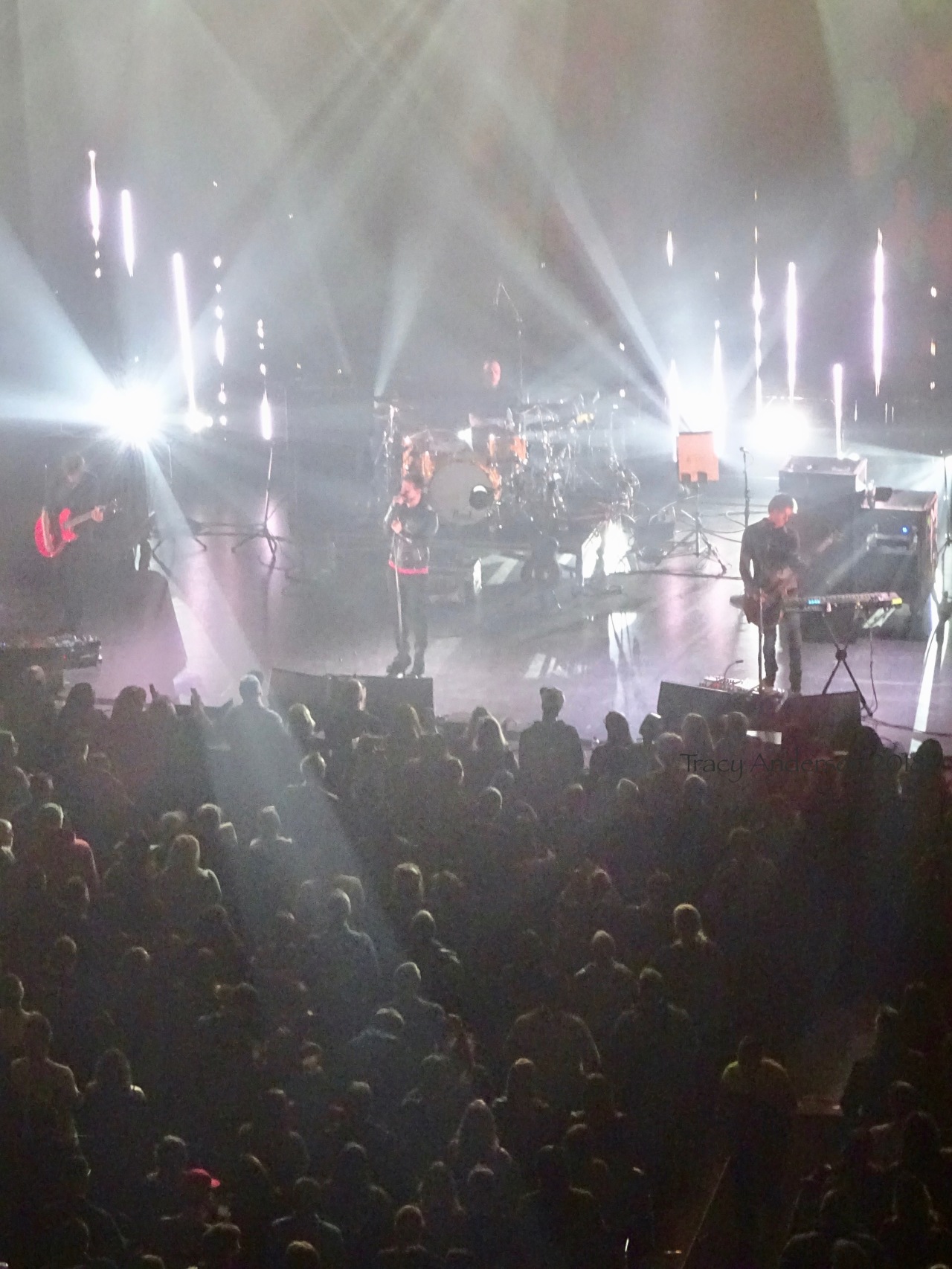 It truly was an epic crowd. Passionate, boisterous, grateful, and loving the music.

And the band were phenomenal.  So many of my favourite songs! Starseed!  uhhhh man… so good live! Innocent, Clumsy… Naveed… Oh Naveed!  I just love this band so much!

At one point Raine came down through the crowd and stood up on the railing/banner thing separating the floor seats from the Terrace’ seats.. just climbed right up in the midst of the crowd, getting closer, reaching out and in to us….  I love a performer who goes out of their way to close the barrier between artist and audience… 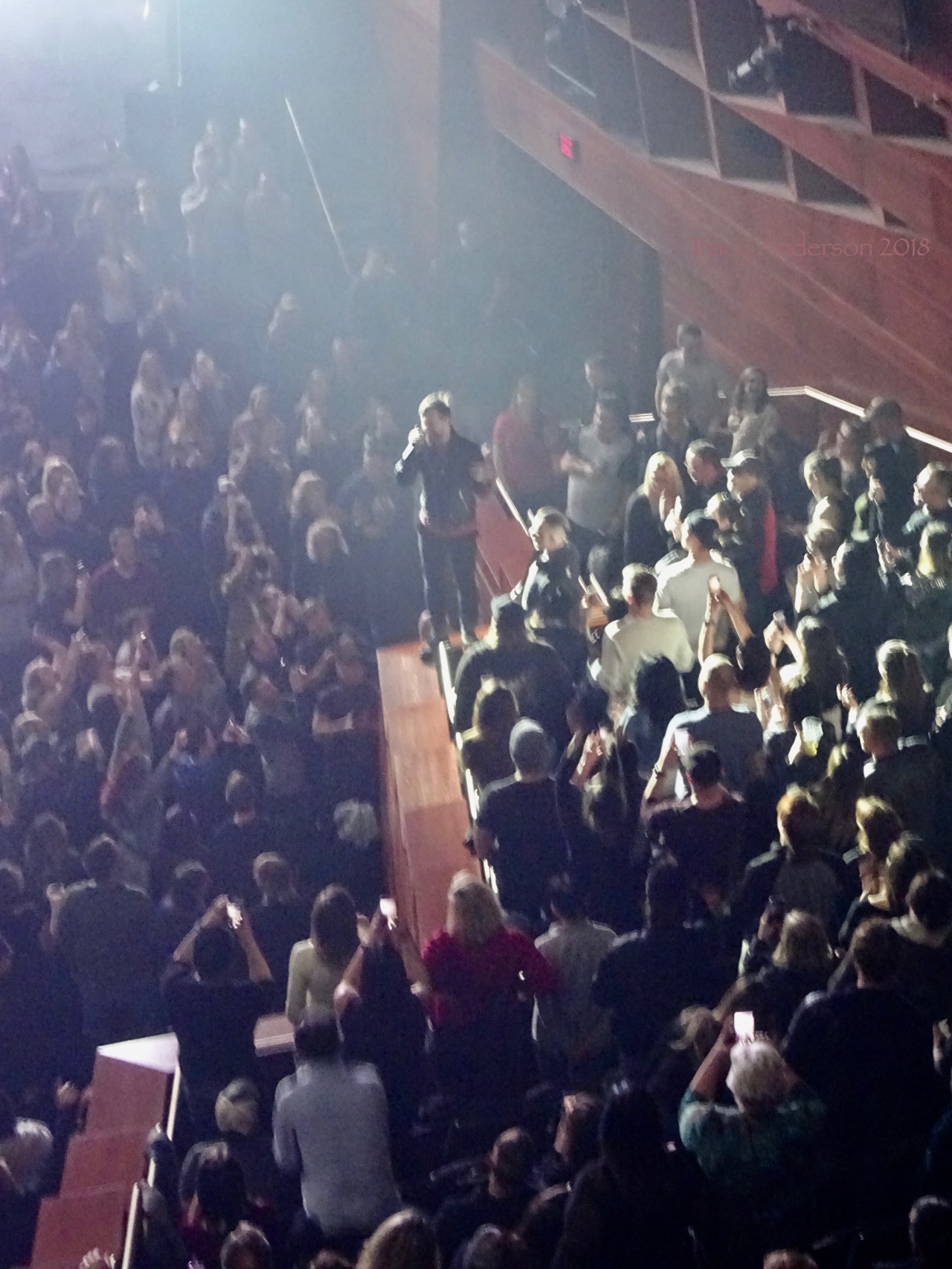 (My photos are so blurry… I was trying to take them covertly, literally pointing and clicking right next to my body – not even raising it up to make sure I had everything in focus or in line, just praying I got the shot…  I need to get a spy cam in my glasses so I can take photos without fear of losing my camera or getting kicked out :D)

Also, the encore song, Ballad of a Poet, is about Gord Downie of the Tragically Hip and was written in Edmonton when OLP were in town on the Guns and Roses tour, shortly before Gord’s passing. Yep, not a dry eye in the crowd.  The song was inspired by a request from Edmonton’s Sonic 102.9 Music Director Brandy Taylor for Raine to share a memory of Gord. Here is a clip of OLP talking about the song and performing it at Sonic.

For the last song, Starseed, Raine brought a good 40 people on stage – just opened it up to the crowd to come stand on stage while they did the song.  It was awesome 😀

So there… another amazing concert full of tangible energy and all the feels…. Damn I love this life of mine that lets me do this stuff!

Hiding Place for Hearts
Superman’s Dead
Is Anybody Home? / Maps (Yeah Yeah Yeahs cover)
Thief
Drop Me in the Water
In Repair (Acoustic)
Somewhere Out There (Acoustic)
Innocent
Clumsy
Naveed
4am