Well, the thing you never want to happen at a concert just happened the other day.

We love our artists.  We love seeing them live and we appreciate the sacrifices they give to go on tour.  They leave their families, homes, lives for extended periods; live out of suitcases; sleep in hotels or tour busses. Some of that can sound a bit romantic (the charmed life of a travelling musician) or glamorous (sex, drugs, rock n roll). But it can also take its toll.  Especially on the health of the artists.

Artists give all their energy night after night, endure disrupted sleeping and eating patterns, and so on.  When living in that space, things can happen.   They get sick, have accidents, etc. When it happens to most people, we take a day off of work, or slow down.  When it happens to an artist on tour, this is not so easy.  Regardless the size of the venue, lives beyond the musicians are affected if the artist needs a sick day. Venues, staff, stage crews, etc.  might lose money or wages from the lost show.  Maybe they have to reschedule, or find a replacement. etc. etc. It is part of the definition of professionalism in this industry – the show must go on.

And then there’s the fans to think off.  The fans, who adore their musicians and buy tickets sometimes up to a year in advance, building a buzzing, tangible energy of pleasure and excitement leading up to and during the shows.  The fans, that count down those days and look forward with heady anticipation, like going on a date with someone you really really like. What should I wear?  What will the night be like? Will I see lights? Will they blow my mind? It’s gonna be amazing.  I can’t wait to see them! Maybe they’re the one  – ok maybe not that, but still – butterflies in the stomach anticipation.

So, often, artists press on when they are unwell – no one wants to disappoint their fans.  And, after all, the show must go on.

We’ve all heard stories of musicians who gave more than their all in terms of their health for a show. Perhaps the most famous being Dave Grohl of the Foo Fighters who broke his leg falling off the stage, got it treated, and came back to finish the show… that show… not the show the next night… that actual show he just broke his leg in… propped it up on a chair and carried on.  The stuff of legends.

So, last week, March 27, 2018, my sister and I are at the Matthew Good / Our Lady Peace concert.  The second of two shows at the Northern Jubilee Auditorium in Edmonton. If I’m honest I am here mostly for Our Lady Peace – I love them.  BUT, I also love Matthew Good and I’ve never seen either live so when this concert was announced, I pounced on the tickets.  And I counted down the days.

The second Matthew Good came on stage the crowd went wild.  He came on by himself and sang Advertising on Police Cars, the rest of the band came in later in the song.  They sounded amazing, the crowd had a great energy, things were stepping into gear.  Then Strange Days and Bay Guys Win. 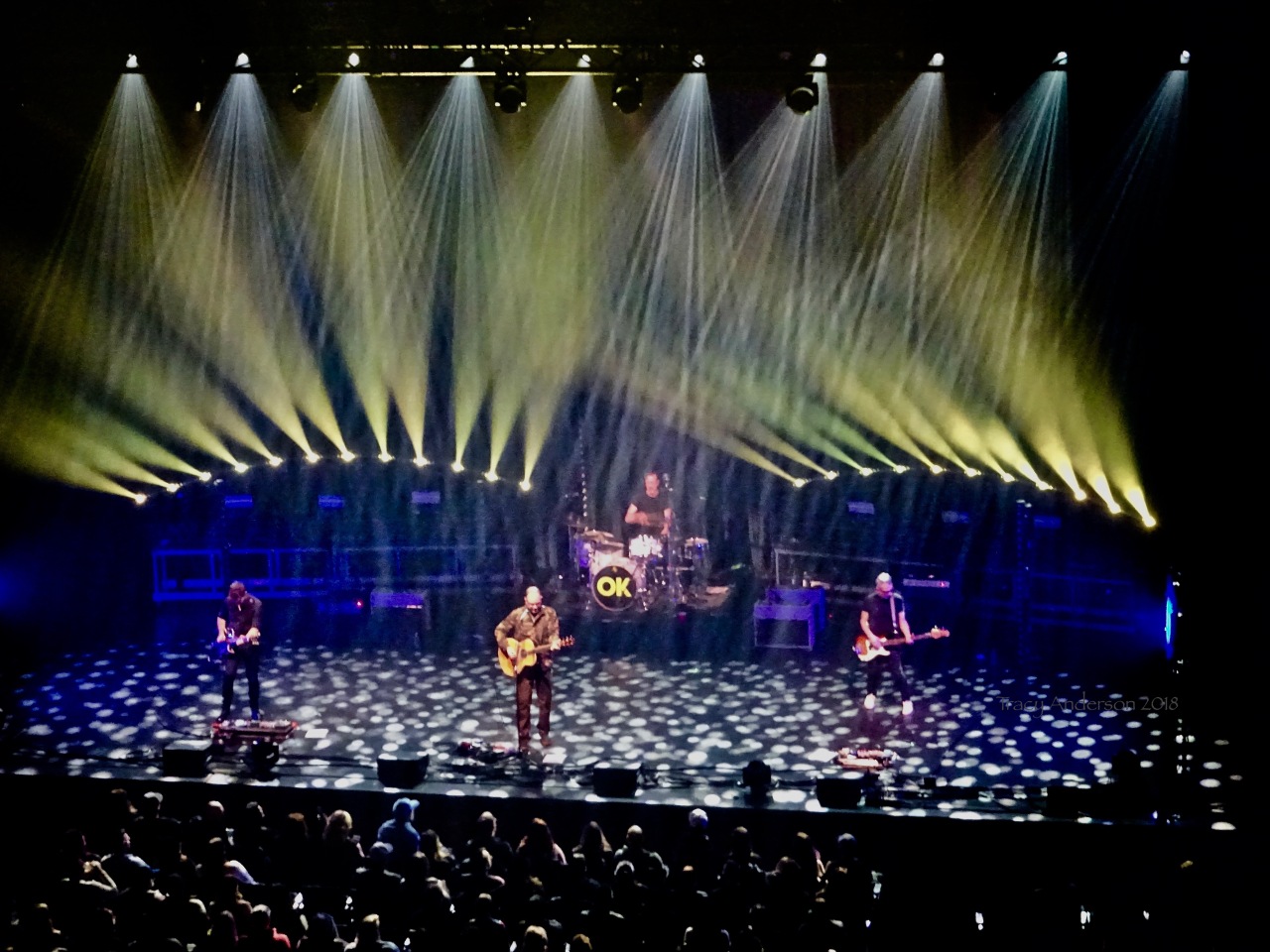 Then they launch into Alert Status Red…. And you may be wondering if I’ve accidentally cut and pasted two different articles together because what does this have to do with artists’ health during tours…

He just goes down. My god.

And he does not get back up. My GOD!

It really was one of those moments where time both went in extremely slow motion and lightning fast.  It felt to me that the crowd up where I was didn’t quite catch what happened for a long while.  All of a sudden he was on the floor, on his side, back to us.  A small wall of camouflage. But then time slowed down, long enough for us to try to process what we saw or were then seeing…  “Wait, what happened?”  “Matthew just collapsed.” “What?!” “Is that Matthew? I can’t really see?” “Yes, It’s Matthew.” “What happened?” “I was watching the guitarist.” “Oh my god! Is he ok?”

Yet simultaneously, super sonic, mere seconds after he collapsed, the band stop playing and rush to him, others from the stage rush to him, someone from the first row jumps on stage to him and he is not getting up.  Five or six people pick him up and take him off stage and the crowd is just stunned.

As far as I can tell there was no warning.  He just went down.  Unconscious.  I’m shaking just thinking about it.  This is scary crap.  Was it the strobe lights?  Did he have a heart attack? A stroke? What just happened…. I hope he’s ok… How hard this must be for his band, and OLP, and their people… Millions of thoughts are running through my head but mostly I’m shaking with concern.

Eventually the house lights come on.

Eventually Raine Maida of OLP comes out and tells us that Matthew has been taken to the hospital, he’s had pneumonia and he wanted so desperately to do the show, but he couldn’t.

And this is the toll. We love our musicians and they love us, and they don’t want to disappoint us, so they perform through things like pneumonia and broken legs…

The crowd applauds Matthew as Raine updates us.  Applause laden with appreciation for making that effort at the peril of his own health to not disappoint us. Applause permeated with heart-felt gratitude for all he did do, for literally giving his all.  Clapping and screaming as though our very noise could make its way through concrete walls through the air and to Matthew, full of healing energy and well wishes. 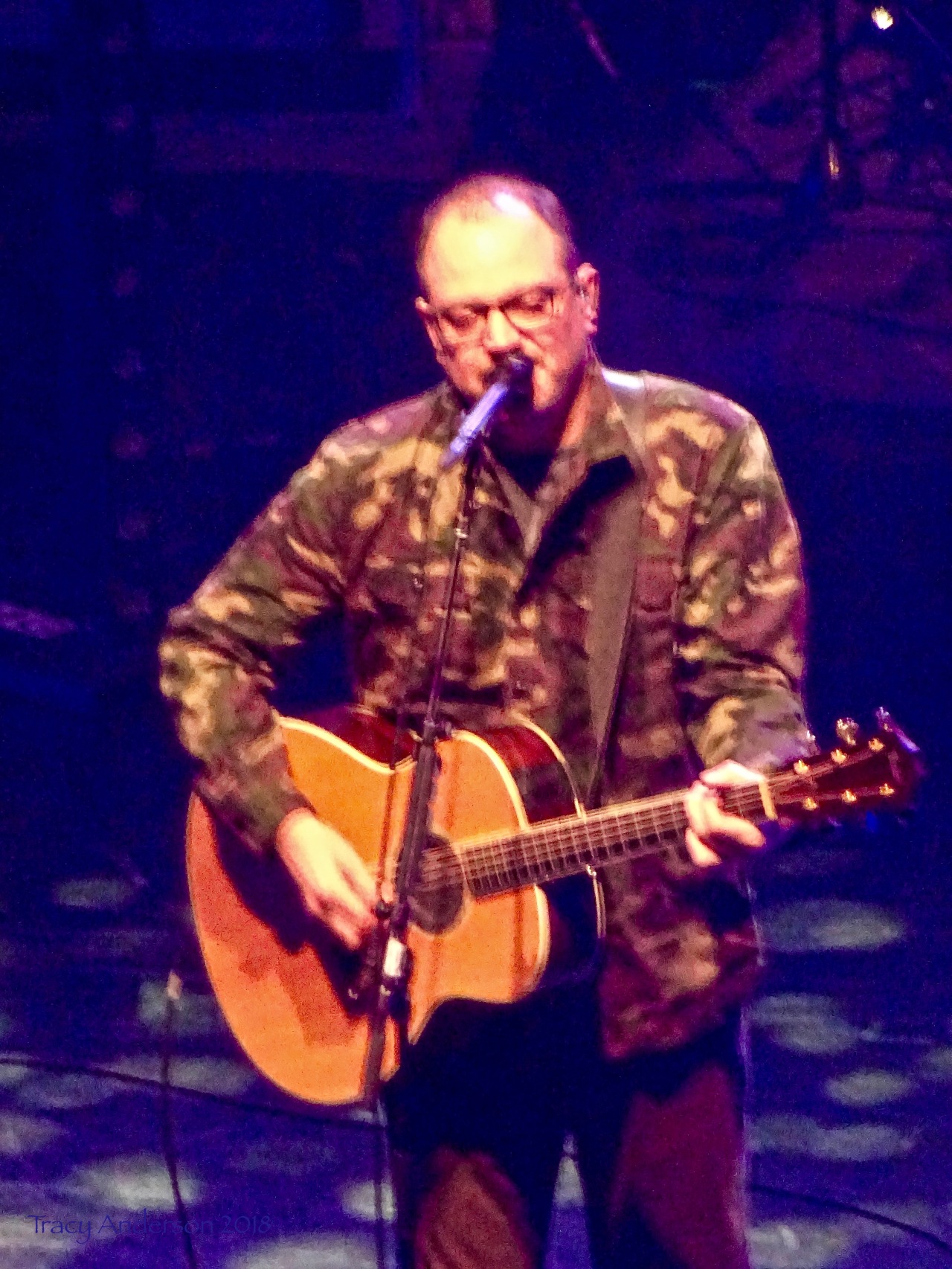 Raine tells us that they will change over the stage and Our Lady Peace will carry on for us, that Matthew would want that.  And we know this to be true.  There is no doubt.   Its just how musicians are, it seems.

It is a week later as I finish writing this (I was sick, not pneumonia) and I am still shaking at the thought, though now with some relief, knowing Matthew Good is on the mend and back on the road. Apparently he had to miss the following show but then posted on Instagram that he would make it for the last two stops of the tour, which he did.

There never is a decision to make. You don’t cancel unless they’re rolling you out of the building on a stretcher. That’s just the way it is. That’s the way it’s always been. I want to first thank everyone at Royal Alexandra Hospital in Edmonton who were absolutely unbelievable. So much so that they wanted me to stay the weekend. Being that it’s not prison, and you’re fully free to be a moron and leave if you so desire, I’ve chosen to play the last two shows to the best of my ability. I know that thousands of people have been looking forward to them and I do not intend to let anyone down. Thankfully, I have an award winning Lighting Director that makes me look good, which helps when you’re not 100% and will probably just be standing in one place – or, in truth, if you’re just me in general. So if you’re coming over the next two nights, do forgive me the odd hiccup. I hope you enjoy the shows. Thank you very much for all the well wishes I’ve received. My best to everyone.

I can not explain the emotions I have about this.  I understand why this is the way it is – that you go on stage unless you are on a stretcher or in a coffin. The desire to not let anyone down.  But I also want my artists to take care of themselves.  I want them to get and be healthy.  I’d rather have a concert postponed than have them risk what might sometimes be irrevocable damage or suffer for longer than they would if they had postponed.  I’d rather not have them go out on a stretcher (or a coffin) from a show…

It is also super traumatizing to see your loved ones (and yes my artists are my loved ones) go down like that.  The shock, the concern, the fear, the not knowing, the understanding that this is both the definition of professionalism in the live stage world and that it is for us, the fans. The show must go on.

I also know that there have been some artists of notable success that have cancelled shows or tours for what seems insignificant health reasons and were mocked for it, but who are we to judge what is significant or not…  I really don’t have the answer.

And the lights go down for Our Lady Peace. (Notes and photos on that portion are here.)